A friendly greeting between Supreme Court Justice Anthony Kennedy and the creator of the bust, sculptor Vagelis Moustakas.

On Thursday evening, the dedication of the Sacramento courthouse’s Library and Learning Center in Justice Anthony Kennedy took place with the honorary U.S. Supreme Court members in attendance.

Α reception was preceded in the Robert T. Matsui United States Courthouse’s rotunda, followed by praising remarks of eminent members of the legal world and topped by a stemwinder from the guest of honor. 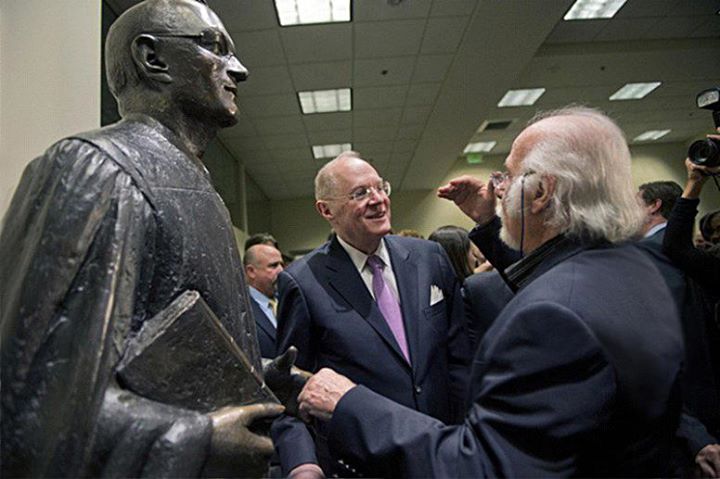