The specific sculpture was created during an Educational broadcast on NET (New Hellenic Television) in the presence of a group of school children, which, in the end, raised their questions (in the studio, the sculpture was worked with expanded-polystyrene for quick results, and then it was carved in marble. The TV show "Red Yellow Blue" was hosted by Ch Mytaras, M. Manousakis and Olga Malea. Moustakas, Tsoklis and Kesanlis were among the first guests of the show. 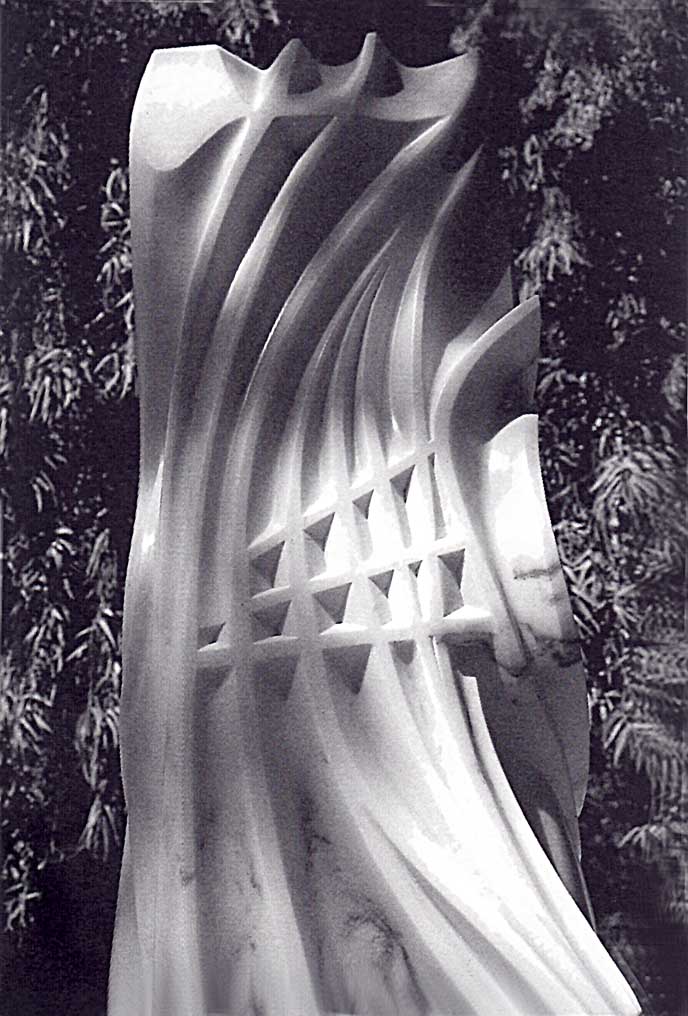 Two aspects - two details from the upper part of the sculpture 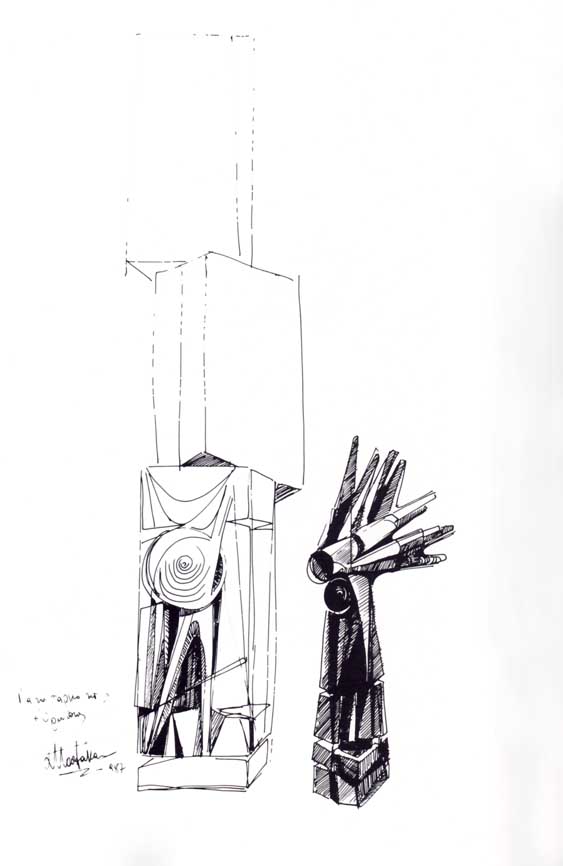 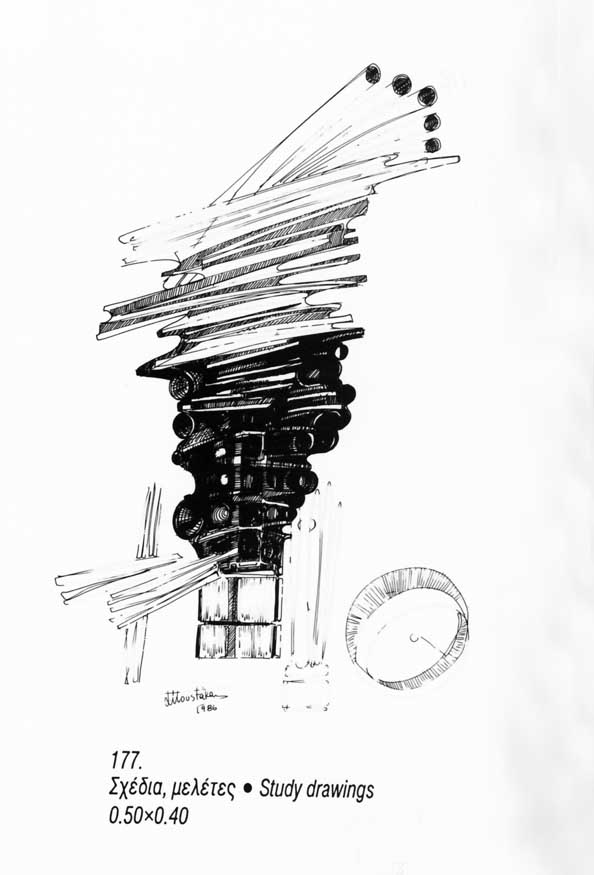 Columns, study drawings for the park of Europe