He wins an award of distinction in the 'Battle of Crete' competition.

He takes part in the 'Sculpture Grecque Contemporaine' in Paris with 'Flower of War', a work inspired by the war in the Persian Gulf. 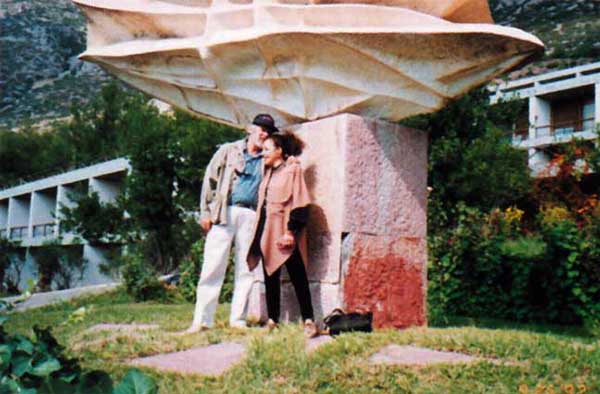 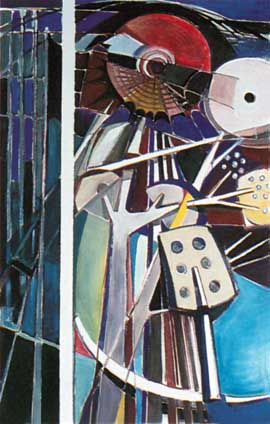 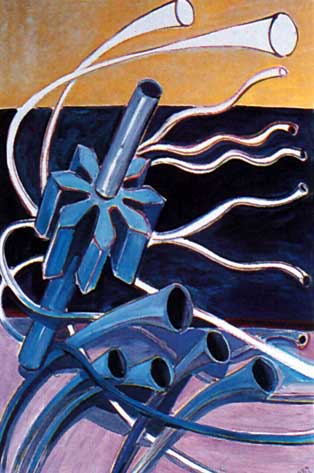 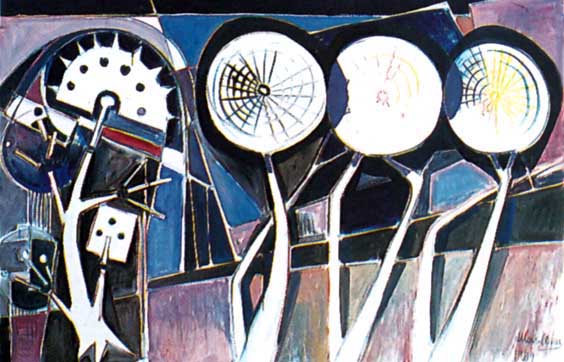 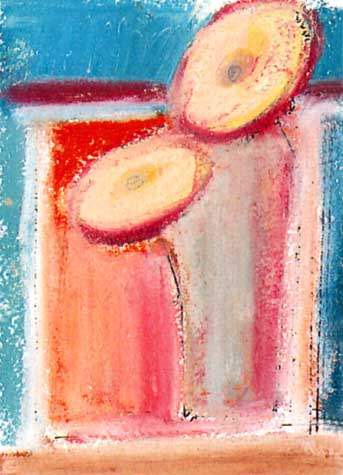 1. Delphi, 1990. In front of the sculpture "Amphictyony" by Gerasimos Sklavos, a great tragic artist and a beloved fellow-student in Athens School of Fine Arts 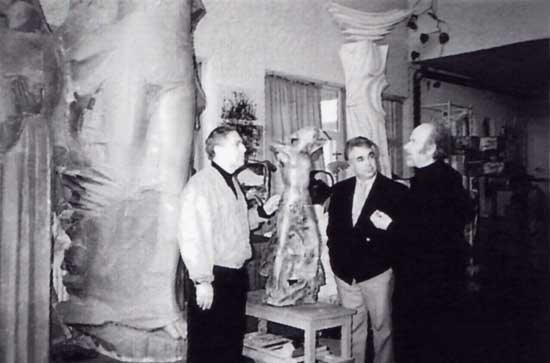 He travels to Britain and visits the museums of London. He is moved and disturbed when he sees the Greek miracle which Elgin removed while he is delighted and indulged by the Great artists of all ages in the dominant art galleries.

"A lesson which is never enough", as he says.

He takes part in the 'Very Special Arts Hellas - Persons and Personalities' in Athens.

He designs for Yamanuchi a medal for the 1st Pan-European Gasto-enterology Conference in Athens.

The President of the Israeli Olympic Committee visits his studio. Another visitor that summer is the Chinese sculptor Professor Li Yu Sheng. He shoots 'Monograph' of Moustakas for educational use at the University of Tokyo. He is invited to take part in the 'Ice Sculpture' events being held in China. 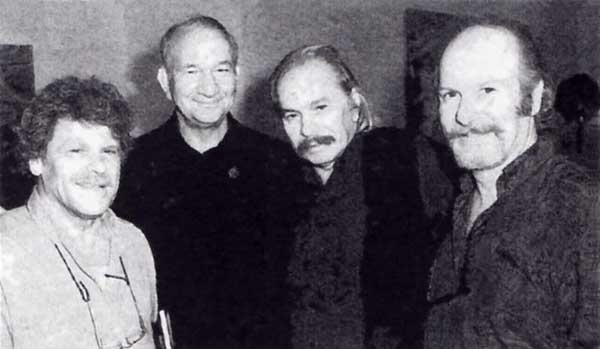 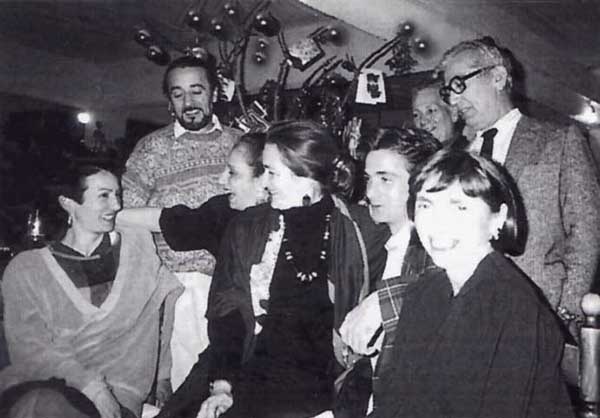 1. The collector D. Pierides and the journalist and gallery-owner K. Serezis at the studio 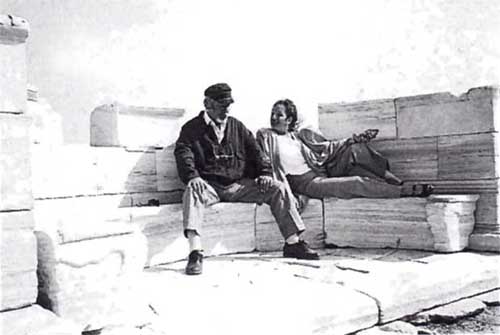 He becomes a founder-member of the Co-ordinating Centre of Hellenism.

He starts working on the model for the 'Vatikiotis the Sailor' monument (height 4.50 m.) for Neapoli, Peloponnese. His son Alexandros is the model.

He takes part in a Gallery K exhibition in London and in the '1st Foire' in Athens with the Epoches Gallery.

Mimmo Morina visits his studio, General Secretary of the World Poetry Organisation and member of the European Parliament.

He designs a medal for the 43rd World Health Conference, held in Athens. He takes part in the 'Greece in Antwerp '93' exhibition, organised by the Vorres Museum in Belgium.

In summer he re-composes his 'Sarcophagus'. Six black iron wagons are added. They are set up on iron girders crosswise- height 112 cm. The 'Train' as a whole is moving along the track of the eternal. 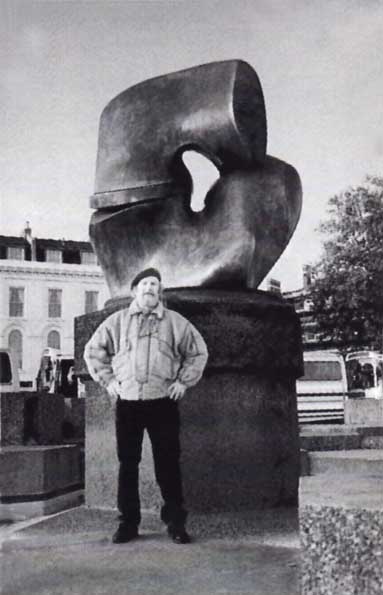 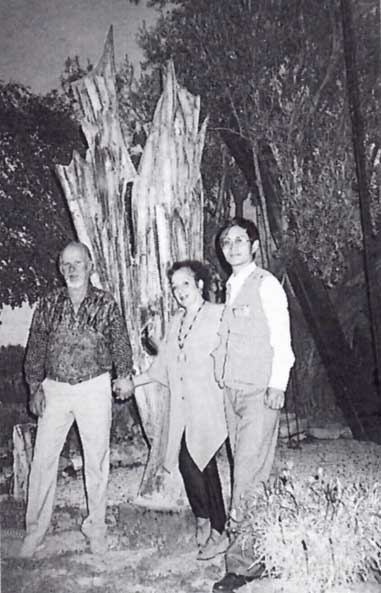 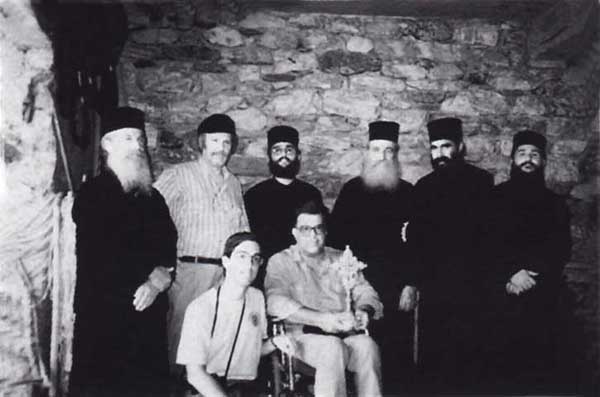 3. With the sculptor Li You Sheng next to 'Icarus' 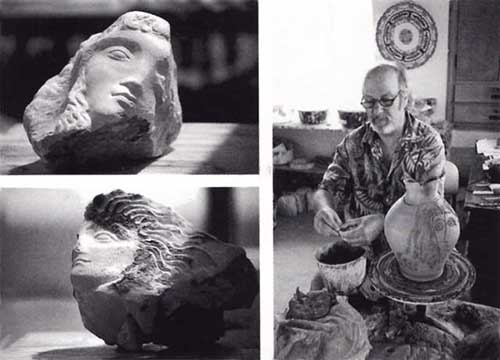 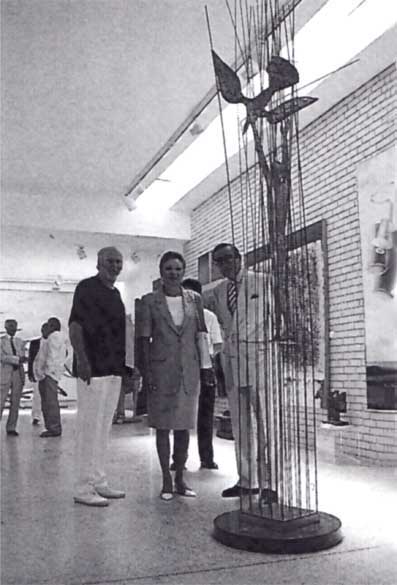 In December 1993, he holds a major solo exhibition at the Pierides Gallery. The work on display covers a period of 30 years. The exhibition is organised by the Argo Gallery, in which he exhibits smaller sculptures and drawings in parallel.

Note: The quotations providing Moustaka's reflections are taken from interviews, lectures and discussions with Zoe.

With the former Empress Farah Diba and Ion Vorres next to Moustaka's 'Man and Bird', Vorres Museum, 1993. 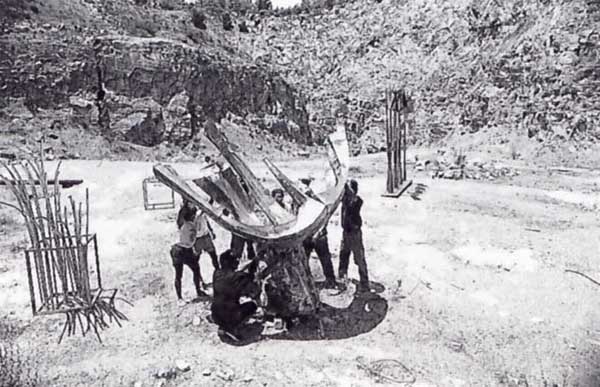 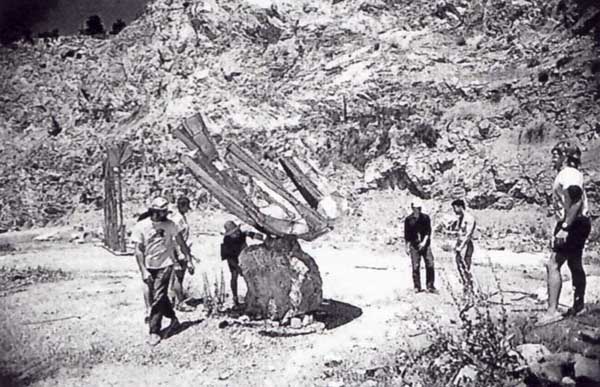