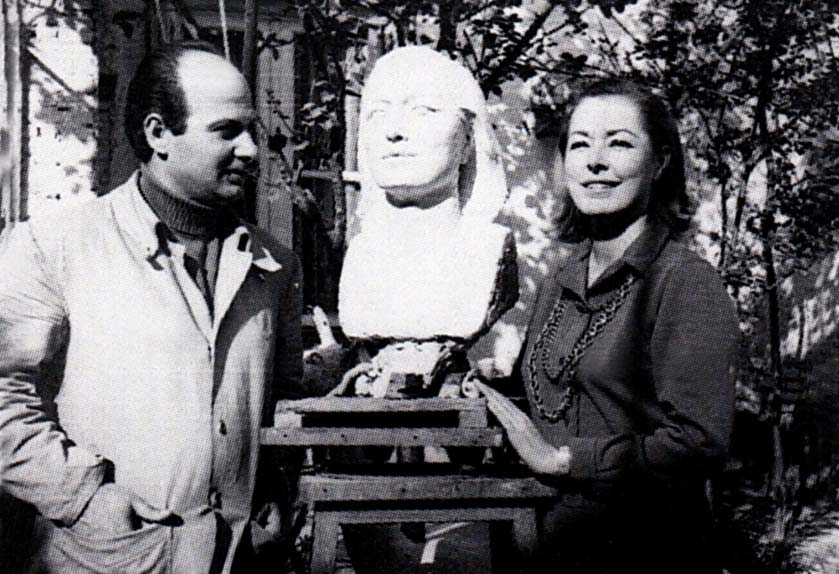 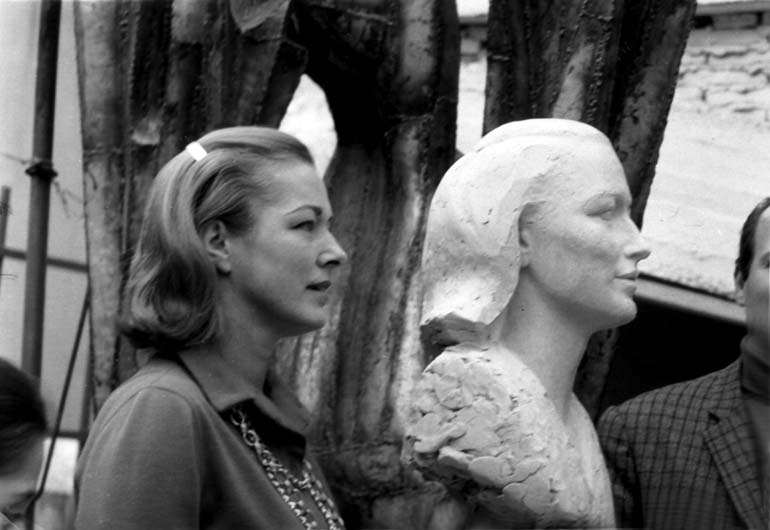 He works on 'Wagon' 3rd study, in wrought iron: 53 human forms, crushed together in a payload of death-a memory he carries since   the Occupation. Moustakas is a pioneer in producing compositions with a number of figures. He exhibits his 'Victory' in PVC, at the 9th Panhellenic Exhibition, at Diogenis Gallery, and at the Hellenic-American Union. 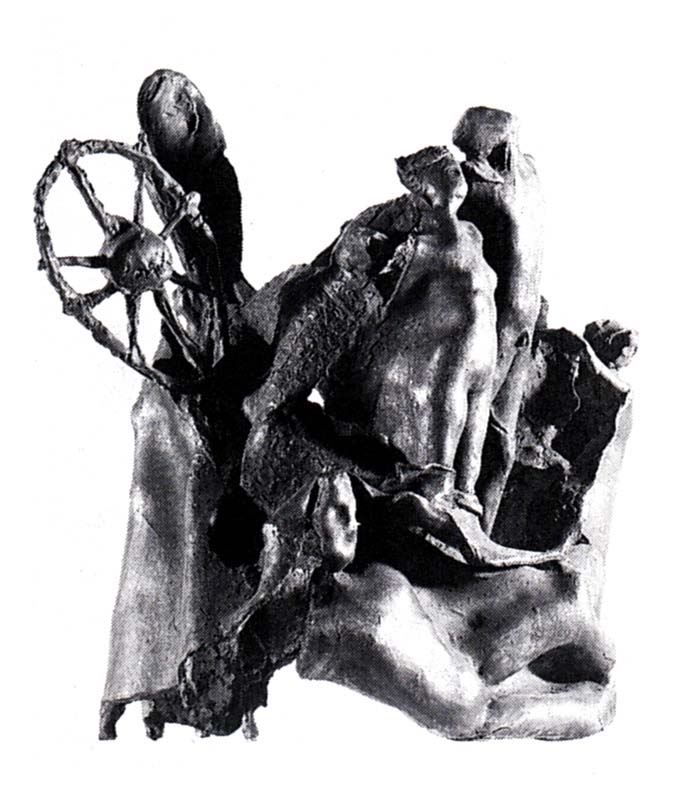 He travels to Switzerland, Germany and Netherlands.

"I study closely the great figures of our age. I try to discern the conditions under which the works were created in terms of style, manners and customs of each country. In the end, sculpture is a vast edifice in place, time and space. It expresses man's needs and visions. The presence of the creator in depth through the medium of the material, as it vibrates the viewer, seeks for dialogue or the creation and the creator at the same time are left in space-time in an 'autonomy'. We serve at the Divine Liturgy of the Universe, with or without communication. Nonetheless, by such a dialogue our life grows more beautiful; the silence of the creator is satisfied".

Moustakas wins the first prize at the Alexandria Biennale in Egypt. It is a series of works produced with lost-wax casting which brings him this success.

He receives the first prize in the 'Captain Michalis Korakas' competition in Crete, and carries out the design. 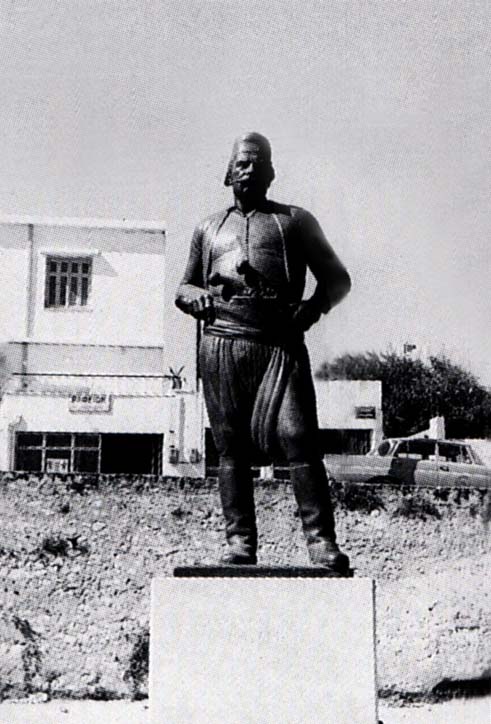 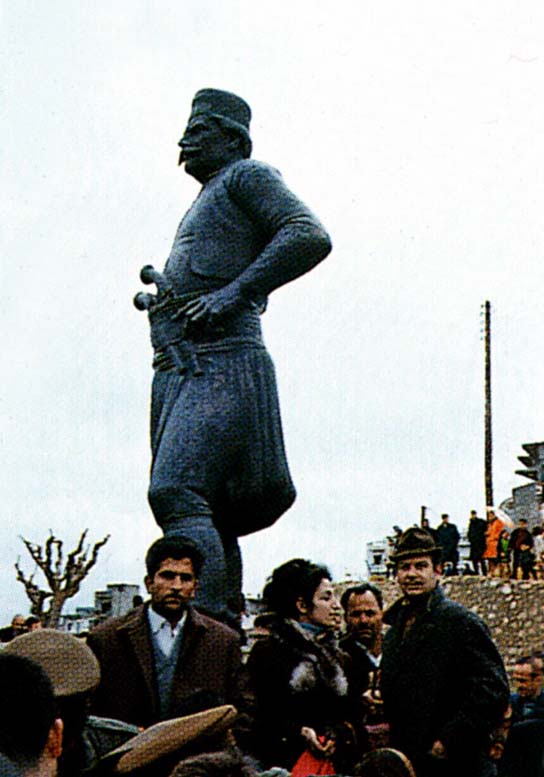 2. The opening day. On the right: V.Moustakas and Zoe Savina

He travels to Italy and France. 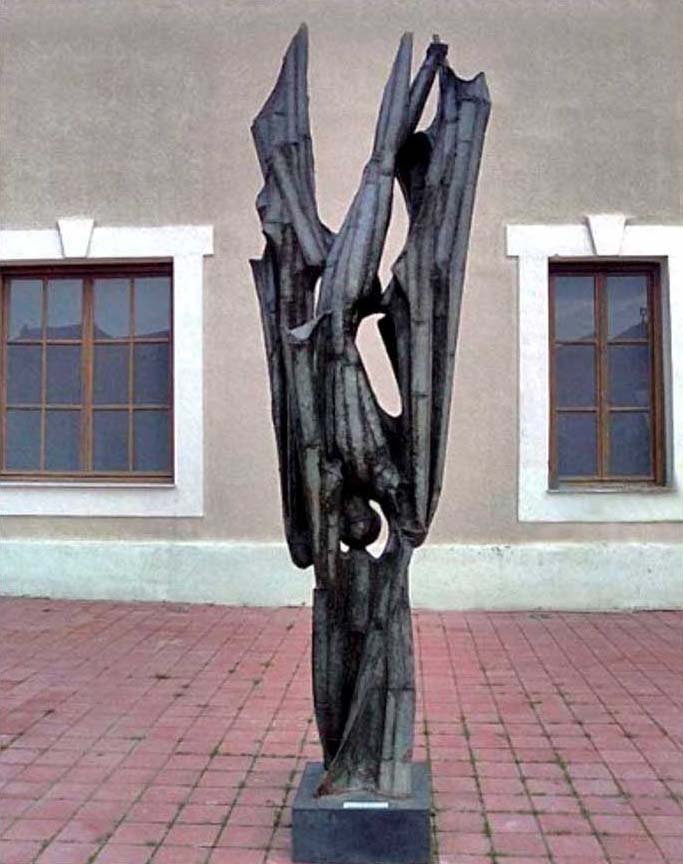 "…Foundry work costs money.. But the old artistry awakes again, over the anvil, shaping things with the hammer. As far as 'subjects' are concerned, they are always a starting-point and nothing more. They are not the gravity centre of art. Their meaning simply functions through time, together, of course, with the creator's ability to comment through the media of his art. An active core is found inherent in my compositions which radiates. I implement the values of life in standards and aesthetics - but outside the awareness of the 'message', if you like, which comes to the surface. It is a motive for activating feelings and deeper thinking of the 'ego' through the materials. In the end, you create three dimensional 'thinking in space'. The forms contain the initial dimension of time and space. I undertake the shock waves".

He takes part in the 10th Sao Paolo Biennale in Brazil with his 'Icarus' and 'Sarcophagus'.

He participates in a group exhibition at the Diogenis Gallery. Foreign visitors frequently single his work out, ask if they can meet him or visit his studio in Korinthias St in his father's house. His friendship with W.H. Poteat, writer and honorary Ph.D. in the Philosophy of Religions at Duke University, started in this way. He is the one who organises a one-man exhibition for him in the United States.